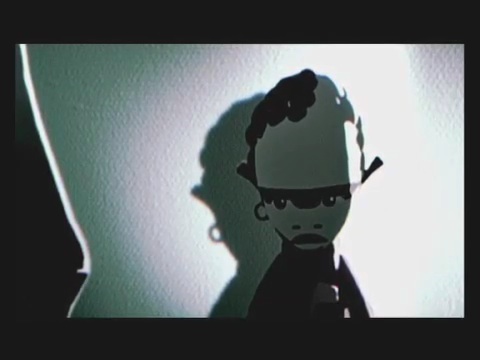 Character animation as an intern.

Slaves is about Abouk, nine, and Machiek, fifteen. Like thousands of other
children they were taken by government sponsored militia in Sudan and used as slaves. They were later liberated by an organisation headed by James Aguer.
Slaves is based on an interview made in 2003 and is the second film in a series of animated documentaries with and about children in difficult situations by David Aronowitsch and Hanna Heilborn, with design by Mats Johansson, production design by Magnus Östergren and production by Degauss.